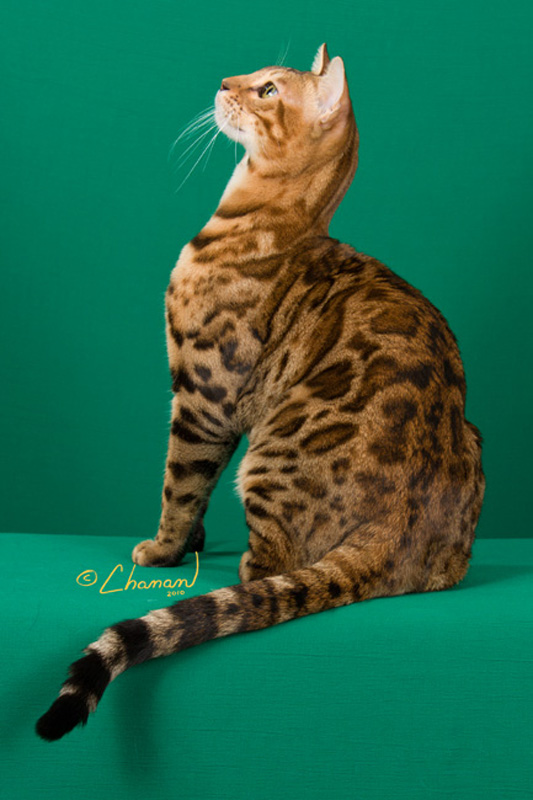 Love the body and head on this stud and his rich color and rosetted pattern ads just right flair that makes him so beautiful. Thank you Mainstreet Bengals for allowing us the opportunity to work with your lines and create such a great stud.

Viggo’s show career was phenomenal winning many titles both as a kitten and adult. He became a Supreme Grand Champion and also won 16th best short hair cat in Southwest region 2010/2011. Has also produced a daughter Tatsu Cuisinart of Cool Spots Cattery that became RW/SGC in 2013. Thanks Donnette for promoting her in the show rings!