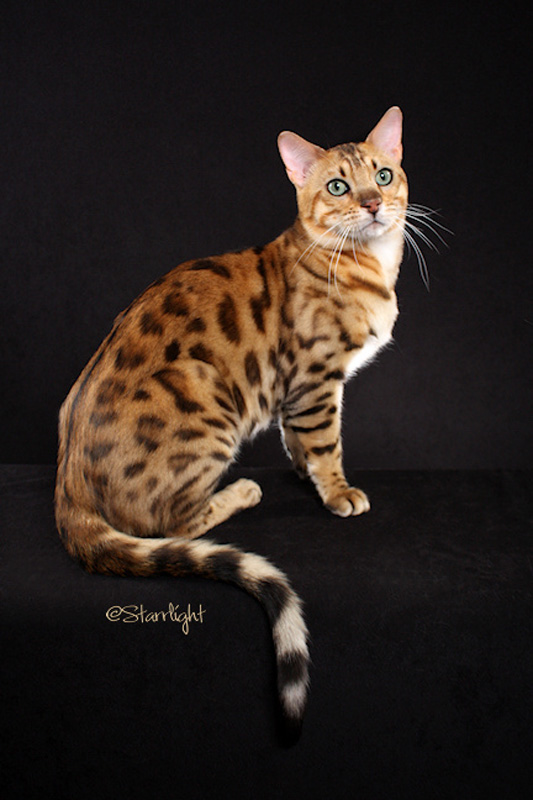 So nice to have this fantastic stud and he's done well in our breeding program. Hurricane has lots of golden acreage with huge inky black spots and rosettes. He is our gentle giant weighing around 14 pounds of solid muscle.Thank you Rick & Debbie of Mainstreet for entrusting him with us.

Although Hurricane did not care for the show ring, he became a champion in one show. He has also produced a son we call Shiro who has become a SGC in four shows and still working on his show career (2014). Hurricane is also sire to champion daughter CoolSpots Calypso, very nice girl.